More on the thinking and Science behind Helminthic Therapy.

In his brilliant and groundbreaking book, “An Epidemic of Absence: A new way of understanding Allergies and Autoimmune diseases”, Moises Velasquz-Manoff, writes that humans and apes are some of the very few mammals that do not make our own Vitamin C. It is thought that the fruit-rich diet 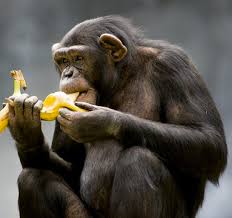 that we followed during our evolutionary journey meant that this energy- consuming function was unnecessary and we lost the ability.  In effect, we had outsourced the function to the fruits we were already consuming.

He suggests that the helminths carried by humans and all mammals virtually all the time were, while taking small amounts of nutrients from us, also providing the important function of controlling excess levels of inflammatory responses. While this function was done entirely to protect their own interests, namely to not be expelled from their host, they were also moderating runaway, dangerous levels of inflammation causing damage to the body.

Over time, just like in the Vitamin C example above, some of our ability to switch off inflammation has been lost. Again, because helminths were already doing it, evolution effectively outsourced some aspects of inflammatory control to them.

This relationship worked fine until we started living in larger and larger communities and we eventually hosted far larger helminthic loads than was good for us. Our domesticated animals also brought their helminths into our proximity.

Modern medicine, sanitation and proper shoes, eventually eliminated all helminths from our biome. Unfortunately the loss of what have become commensal helmiths, has led to us loosing some of our ability to regulate our immune system, especially the part controlling excess inflammation. This, according to Velasquz-Manoff and many scientists who are studying immune diseases and their relationship to the human biome, is a very big part of what is causing the epidemic of chronic auto-immune diseases faced by the modern (dewormed) world.

What does the science say about Helminths effect on Chronic inflammation.

A lot of science has and is being conducted into possible benefits of Helminths for human health. I have below given a few of these as well as links to the original research.

They followed 12 MS patients that had helmithic infections and compared them over 60 months to similar MS patients without helminths. The results were a very significant change in the progression of the disease between the two cohorts.

Among other immune system markers they tested changes in MS exacerbations in MRI scans. The helminth infected patients showed virtually no progression of the disease while those without followed the normal disease progression. When four of the infected patients chose to remove their helminths at the end of the study, their MS markers and MRI readings immediately reverted to their previous upward progressions. (Correale J, Farez M, Annals of Neurology, 2007, 97-108).

Another paper giving a fairly comprehensive overview of some of the many studies into the benefits of helminths on Multiple sclerosis can be found here.  (https://www.ncbi.nlm.nih.gov/pmc/articles/PMC5666823/)

One of the earlier studies was into the effect of helminths on Crohn’s disease. This very promising study took 29 Crohn’s patients over 24 weeks of treatment. 23 out of 29 patients saw major improvements and 21 of them were considered to have gone into remission.  https://gut.bmj.com/content/54/1/87?ijkey=06b2a28729a0ee5231db255ccc4773f0fb92d7fb&keytype2=tf_ipsecsha

Another way that Helminths are thought to lower inflammatory conditions is by changing gut bacteria. It has been seen that diversity in general and a shift from certain negative bacterial strains to more positive ones also lower inflammation. Worms are “having an anti-inflammatory effect by kicking out something that is inflammatory,” Cadwell says. Here is that article. http://www.sciencemag.org/news/2016/04/parasitic-worms-may-prevent-crohn-s-disease-altering-bacterial-balance

Reveiw of the current science on helminthic therapy.

A great review paper Written by Duke university’s, Dr. William Parker and Rajendra A. Morey on the development and sometimes lack of development by the medical community on helminthic therapy can be found here.  https://evmedreview.com/progress-on-reconstituting-the-depleted-biome-to-prevent-immune-disorders/
One of the recurring themes in this paper and those it draws its conclusions from is that biomedical research should be finding appropriate organisms for biome enrichment and therefore avoidance of chronic diseases rather than working on drugs to treat them.

A cool analogy was given by Dr William Parker who said, and I do paraphrase,

“Its like a bunch of doctors and scientists standing around a fish, clearly distressed, flopping around on a table and they’re trying to decide which drug or surgical procedure might help the fish’s situation, when all they need to do is add water.”

The review also includes this passage.
“Only within the last two years (written in 2015) has a helminth, the rat tapeworm (a cestode or flatworm), been used that (a) is easily produced at low cost, and (b) is not considered a pathogen in humans. Human pathogens can be effective (non-pathogenic and beneficial) under the appropriate conditions, but they do tend to have more negative side effects than non pathogens.” 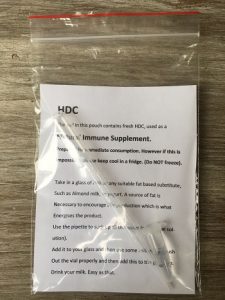 What they are refering to here is HDC which is a very small cyst (Virtually microscopic) that is part of the lifecycle of the tapeworm. It is ingested with milk and does not colonise or reach its adult form in humans. It lives and does its good work for around 2 weeks.

A recent Israeli study on allergies in immigrants from Ethiopia showed some very significant results.  When immigrants were tested for helminths, it was found that those with helminths (a majority) had very low allergies compared to those without. When about half consented to be dewormed and followup tests done a year later, these subjects had significant increases in allergies compared to those who had maintained their populations. It was noted that even those that had not been de-wormed showed a slight increase in allergies, although it was assumed that this was due to the decreasing helminth population over time as they lived in their new modern environment.
https://journals.plos.org/plosntds/article?id=10.1371/journal.pntd.0004208

Duke scientists, especially Dr. William Parker have done a lot of research into helminthic therapy and HDC in particular.
One very comprehensive study done using reports from users, and doctors compared the perceived efficacy, side effects and impact of inflammatory conditions, firstly between standard medicine and helminthic therapy.
Here helminthic therapy was seen as significantly more effective and with smaller side effects than standard medical treatment.
Further comparisons were done between treatment with Human Hookworm (a very common helminthic treatment (especially in America)) and HDC’s. HDC was found to be more effective, with lower side effects.
In addition to these broad comparisons, there are very interesting lists of chronic inflammatory diseases and their responses to the various helminthic treatments.
Participants have rated out of 10 the efficacy and the side effects of the helminths that they used to treat their conditions.
http://www.yourwildlife.org/wp-content/uploads/2015/05/galley-proof-v2.pdf

Another study using feedback almost exclusively from doctors (mostly treating autism patients also gave incredible feedback for this disease that has always proved so hard to treat.
https://helminthictherapywiki.org/wiki/images/f/f4/Practices_and_outcomes_of_self-treatment_with_helminths_based_on_physicians%E2%80%99_observations.pdf
Essentially the science suggests that:

Our bodies have an extraordinary ability to heal themselves when simply allowed to exist the way they were designed to.